ENGLISH sports fans have a well-known chant to demean opposition players who may not be the physical specimen you expect athletes to be. The start is a bit crude, so we’ll leave it out here, but it ends with: “Who ate all the pies?”
Well, not Chris Tremlett. That’s for sure.
The former England fast bowler played 15 one day internationals and 12 Tests for his country, the last of which came during the Poms’ ill-fated trip to Australia in 2013-14 when they lost the Ashes 5-0.
At 2m tall Tremlett had a physical make-up prized by quicks around the world. But his career started slowly and he was rarely able to translate his limitless potential into world-class results on the international stage.
Without doubt his best performance in the England shirt was during his side’s victorious Ashes tour in 2010-11 when he bowled fast and with hostility to claim eight wickets in Perth. At one time mocked by Shane Warne as a “goober” on the county circuit, Tremlett looked to have found his groove.

Tremlett was always big, but now he’s gone to a whole new level.
But back injuries and dips in form stifled his ability to play consistently and he retired from the game nearly two years ago. However, far from sliding into a hole of binge-watching Netflix and pigging out on junk food, Tremlett has gone the opposite way.
The nickname Twiggy he used to bear because of his gangly physique has well and truly been thrown out the window as he’s swapped hours on the cricket field for hours in the gym.
The right-armer has changed dramatically since cricket fans last caught a glimpse of him steaming up to the crease. He’s stacked on a heap of muscle, resembling a granite block these days.
He’s updated his social media followers on his progress, taking to Instagram to show off his incredible results.
“Just over 18 months now since retiring and as most of you know I’ve changed my body shape slightly,” Tremlett wrote alongside a “before and after” photo.
“When playing cricket I had to stay lean and keep to a certain size, some will say I was still too big for cricket.
“I’m not a bodybuilder, I just enjoy the challenge and feeling of weight training and keeping fit.
“I believe you need a motivation to get you to the gym and for me, changing my body shape and getting stronger is my motivation.”
Tremlett has posted several videos and photos on Instagram showing off his hulking frame.
Tremlett played for the Sydney Sixers in the 2014 edition of the Big Bash League (BBL) and plied his trade for Surrey on the English domestic scene.

Arnold Schwarzenegger talks on the rise of body building
Posted by Johnny Castle at 7:00 AM 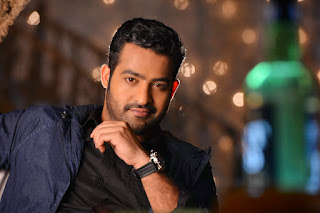